Right now, these two factors combine to place an enormous strain on the living conditions of young Timorese. They’re faced with underfunded education systems, high levels of youth unemployment and minimal opportunities for personal development outside of the classroom.

Inadequate investments in education and training have resulted in a large pool of unemployed youth who feel unprepared for and lack the skills required to access the very limited employment opportunities. Moreover, due to the history of violence and conflict, young people are likely to express their frustration through violence.

Quite simply, there’s a desperate need for powerful youth voices and leadership, now more than ever.

That’s exactly why Oaktree is working to support our local partners in establishing high-quality programs and structures through which the next generation of Timorese leaders can be trained and nurtured.

Understanding the unique and deeply complex socio-economic environment in Timor-Leste, we have spent some time innovating and figuring out how we can do development differently. We currently run two programs in Timor-Leste, the OYSF and FoLiHa projects, which you can read about below!

So last year in 2020, we launched the Oaktree Youth Solidarity Fund (OYSF).

The Oaktree Youth Solidarity Fund seeks to build youth-youth solidarity, creating a movement of young people and enabling us to work directly with youth-led organisations in Timor-Leste that are creating a more just world. The OYSF is designed to recognise the unique contexts and circumstances within which youth organisations operate in Timor-Leste, and help to overcome the structural barriers they face in accessing international donors.

The concept of OYSF came while evaluating another of our Timorese programs, which led us into exploring the work that youth-led organisations and movements were achieving in Timor-Leste. Through conversations, relationship building and research, we created a vision of a flexible funding model that provided targeted support to amazing youth organisations that were leading social change in Timor-Leste. We saw how traditional funding from development organisations wasn’t able to support the small, but passion-driven work of youth organisations and grassroots movements that were unregistered.

Ultimately, it was the culmination of all this that grew the Oaktree Youth Solidarity Fund, our exciting next step applying the best of Development Theory with Oaktree’s experience in South-East Asia for over 10 years.

So far in the project, we have completed a closed-call for applications and selected two brilliant groups of young people helping to create opportunities and justice for all Timorese youth. We can’t quite tell you about them just yet, so if you’re interested then join our mailing list or follow us on Facebook and Instagram to get the latest information. What we can tell you though, is that we are beyond excited to see this come to fruition, so watch this space! 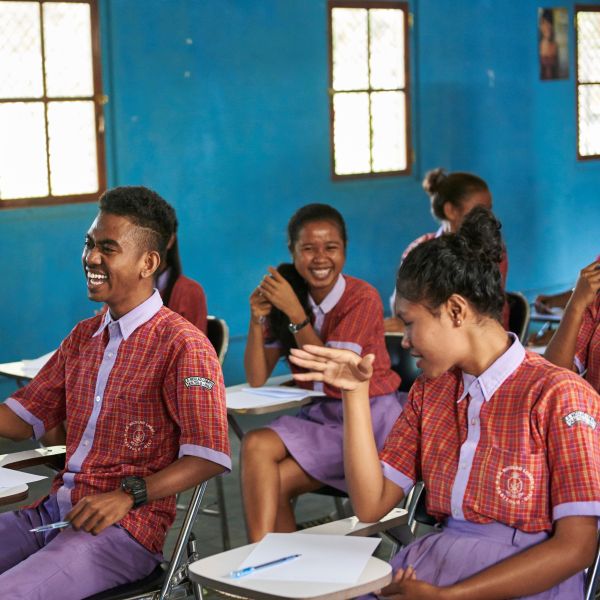 Currently, we are supporting Ba Futuru to implement Youth Leading Together (FoLiHa):

With 2021 being the 2nd year of the FoLiHa program, this year aims to further build the capacity of 40 Youth Changemakers from Year 1 of FoLiHa. Through developing skills in civic journalism, film, and theatre skills, which will culminate in participation in a film campaign calling for change among the Changemakers’ communities and the country as a whole.

This year, the program was designed by Ba Futuru, with input from Oaktree and the Youth Changemakers. The second year is placed to build off the successes of last year’s activities as the Youth Changemakers are now equipped with leadership and conflict resolution skills from Year 1 as well as relationships with decision-makers in their communities. This year, they will take part in a series of interactive and practical workshops that will build on those advocacy skills and connections and give them opportunities to apply what they’ve learned.

During their time in the municipalities, Ba Futuru will deliver mentoring and training in the areas of Theatre Skills, Civic Journalism, and Participatory Film-Making, with their final activity to be a film campaign that will engage community leaders in a call for change on issues that the Youth Changemakers have identified.

Throughout the program, young people will learn how to peacefully and critically use their voice across a variety of different platforms and build their grassroots activism skills. In addition to these skills, youth will gain confidence in public speaking, using media for advocacy and peacebuilding, learn how to better understand their emotions, and how to better communicate youth and community issues.

Prior to the launch of FoLiHa in 2020, we had been working with local Timorese partners for many years. You can access the case studies and read all about our partnerships below. Happy reading!

Stay in The Loop

Oaktree recognises and respects the Ancestors, Elders past, present and emerging of the Boonwurrung, Wadawurrung and Wurundjeri peoples of the Kulin Nation who are the traditional owners of the land. Sovereignty was never ceeded.